The Joys of Discovery and Validation

Whether in science or in writing, the pleasure that results from any revelation is amplified according to its reach. But just as thrilling as the revelation itself is confirmation from testing that it holds true. 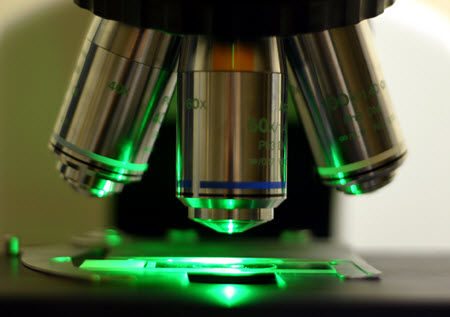 The Satisfaction of Seeing an Idea Confirmed

In the work life of the scientist, pleasure is not restricted to the "eureka moment," that golden instant when one encounters the realization that the truth of some heretofore-puzzling aspect of nature has been unmasked, its identify having been exposed by long hours of careful study and punctuated bursts of outright inspiration. To be sure, there is an ecstatic internal explosion in that moment, when one feels the special power that comes with understanding some small aspect of the universe as no one else has ever understood it. And that explosion is especially strong if the discovery represents the first of a long chain of intellectual dominoes that are immoveable by themselves but fall down quite easily when the first of the chain is tipped.

In other words, the pleasure that results from any revelation is amplified according to its reach. The greater its implications to other realms of science, the more thrilling the joy at having been part of its discovery.

The pleasure that results from any scientific revelation is amplified according to its reach. The greater its implications to other realms of science, the more thrilling the joy at having been part of its discovery.

But just as there are many different pleasures in the world of storytelling, so there are in science. And in both disciplines, one major secondary pleasure manifests as a satisfaction that appears upon witnessing the verification of a nascent idea.

In storytelling, for example, one pleasure might take the form of "going inside" the story you are writing and becoming so attuned to its world and characters that your work teeters on the edge of so-called "automatic writing," where the words seem to flow on their own, you feel as if the story is creating itself spontaneously, and your fingers on the keyboard seem to become impediments to, rather than tools for, its creation. But another pleasure might manifest in the joy that comes from learning that someone else "gets" your work and that you have succeeded in being understood—not for your own sake but for the sake of the story itselft—and you have attained successfully that unique detachment necessary to create and support brilliant work.

In storytelling, inspiration has a level-headed twin—called "validation."

Similarly, for the scientist (or any investigator), every "eureka" pleasure of discovery has a more-level-headed twin whose name is "validation." The scientific method, after all, requires observing a phenomenon, formulating a hypothesis to explain it, and then testing the hypothesis to see if it withstands scrutiny or invites further development. Sometimes, the validation results from a methodical scientific process. Other times, it comes in a moment of surprise, when one witnesses a formerly mysterious aspect of nature and says to it: "Oh, hello there!" recognizing it as a new friend that one has recently met.

Ever since I developed the core ideas of the grok approach and its companion, thematic imprinting, I have looked at all stories in their light. And each new story has either validated some part of the duo or challenged me to refine it—which I have done.

But every once in a while, I will experience the delight of validation in a moment that takes me by surprise, most often because someone who is not familiar with even the existence of the core ideas makes a remark that reveals how closely they are tied to the way that the audience receives a story.

Every once in a while, I will experience the delight of validation in a moment that takes me by surprise.

One such moment came in the late winter of 2012, as my wife and I sat in the living room watching the 1970 musical film Scrooge, starring Albert Finney. Our watching styles differed from each other that night. She was simply enjoying the film as an interested audience member; I was studying it and taking notes to include in an article that I hope to write later this year, called A Study in Scrooge, which will be exactly that—a comparison of films produced from the 1930s to today all of which are based on Charles Dickens' A Christmas Carol.

Among the many songs in the film is a piece sung by Scrooge himself, titled "I Hate People," in which he proclaims his active hatred for the other human beings inhabiting the planet. When I heard the song (it had been many years since I'd seen the film), I felt that it struck a wrong chord—not musically but with respect to his vector of intent. And I jotted this note on my notepad:

Which was my shorthand way of noting that because Scrooge is a keep character whose condition of value is the tight and highly guarded world that he has constructed around himself, it does not make dramatic sense for him to proclaim an active hatred of people. That is not to suggest that Scrooge likes people; he does not. But disliking something is not the same as actively hating it, which implies a measure of intent to express one's disdain.

No sooner had I jotted the note than my wife—who, like me, had not seen the film in years and whom I had intentionally kept in the dark about the principles of Discovering the Soul of Your Story, so that she could learn about it all in one piece when the book came out—said: "I've never had the impression that he hated people. Just that he didn't want to be bothered by them."

And I smiled, inside and out. Because her spontaneous observation as an audience member unfamiliar with the grok approach confirmed what the approach itself indicated about the song—that it is inconsistent with the vector of intent for Scrooge. Thanks to the grok approach, I could identify and name the inconsistency. She simply felt it as "something wrong" with the moment.

This simple instance illustrates the power of the grok approach and its ability to reveal to the storyteller the inner workings of the story—and to thereby minimize or eliminate inconsistencies of character and the storytelling dead ends that can sometimes result from them.

In this case, the inconsistency did not derail the story, which had been chugging successfully along its tracks since Dickens first published the novella in 1843. It simply caused a bit of a jarring hiccup that took at least one audience member out of the story enough to temporarily lose her sense of suspended disbelief. She left the story world at least long enough to make the comment.

And whenever an audience member removes herself from the story, it can take a bit of effort to draw her back in.