Finding Theme in the Inciting Incident

Considering the importance of theme to a story, it behooves the writer to practice finding its hiding places and identifying its species—not to coax it into a cage, but so that she might fully explore the story environment in which it lives. 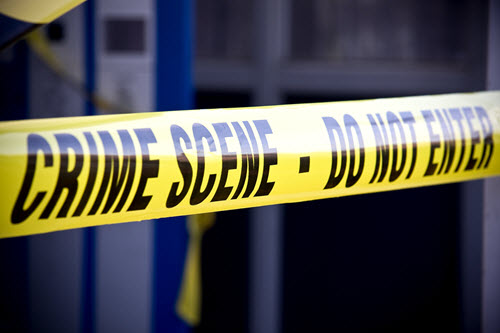 The Importance of Theme

One Saturday afternoon, I attended a public reading of a play-in-progress at Chicago Dramatists, where I was a resident playwright. Nearly every Saturday afternoon for the last 35 years, Chicago Dramatists has hosted such readings, which are cast from the fine, deep pool of Chicago actors, conducted script-in-hand (no memorization required), and staged by working Chicago theatre directors.

In a post-reading discussion moderated by the artistic director, the audience members are given the opportunity to reflect back to the playwright their impressions, questions, and experiences of watching the play. And the playwright can use that feedback, along with feedback from the actors received during the rehearsal process, as grist for the mill when working on the next draft of the play.

One day, I witnessed a staged reading of a play that the playwright said was "about its own structure." Yeah, I know... yawwwwwn.

After this particular reading, I was invited to sit in on a post-discussion session with the artistic staff and interns. At this discussion, the natural question arose: What is this play about? And it took only a slight bit of brain-wracking to identify that the play (which had decent dialogue but not great merit otherwise) was not really about anything—at which point someone mentioned that they had posed the same question to the playwright, who answered that the play was "about its own structure."

In considering this statement, I imagined a scenario in which a husband and wife are weighing entertainment options on a Friday night.

HUSBAND: You want to go see that new play that just opened?
WIFE: What's it about?
HUSBAND: It's about its own structure.
(Pause. Optional sound of crickets chirping.)
WIFE: Y'know, I have some ironing to catch up on. I think I'll stay in.

Theme is critical to the depth and dimensionality of any story.

As I note in a Library article titled "Why Theme Makes Stories Memorable," theme is critical to the depth and dimensionality of any story. And in some sense, the plot of any story may be seen as simply a delivery system for its theme. That's why Part Two of Discovering the Soul of Your Story is devoted to the development and use of a consistent thematic grammar for expressing story theme.

Given the importance of theme to a story, it behooves the writer to hone her skills with regard to finding its hiding places and identifying its species—not to coax it into a cage, but so that she might fully explore the story environment in which it lives, especially with regard to each character's relationship to it. Only by doing so can she lay claim to the kind of complete intuitive understanding of her story that will leap off the page, stage, or screen in its telling.

The inciting incident is one of the most fruitful places to look for theme.

There are many ways to conduct a thematic exploration, and many places to look for the theme in your story (or story idea), but one of the most useful involves an examination of the inciting incident—that is, the event that sets the story in motion and answers the question: Why is this day or hour or year different from any other in the life of the characters? Quite often, the inciting incident serves as a thematic holograph and includes in its nature the kernel of the theme that will be explored and played out in the ensuing story. And it does so, because it relates to the story issue.

In terms of Discovering the Soul of Your Story, the issue of any story may be thought of as a central topic that is up for debate, and the theme is the story's take on the debate. And because the inciting incident usually contains some hint regarding the issue in the story, it serves as the jumping off point for the story theme.

This principle is amply illustrated by three well-done films: Four Weddings and a Funeral, Whale Rider, and Casablanca. In Four Weddings and a Funeral, the issue of "finding your soul mate" pops up at the moment that the lovely American, Carrie, walks into the church where the main character, Charles, is serving as best man at a wedding. In Whale Rider, the issue of "defying tradition to attain your proper place in the world" comes to the fore at the very start, when the main character, Paikea, is born while her mother and twin brother die. And in Casablanca, the issue of "guarding yourself against caring for others" springs to life the moment that Ilsa and her husband Victor walk into the café owned by the main character, Rick.

Regardless of its nature or location, the inciting incident is likely to contain some element of the issue at the heart of the story.

Regardless of the nature of the inciting incident or where it takes place in the story—before we-the-audience enter the story world or sometime in the early going—it is likely to contain some element of the issue to be debated by the story.

Which makes it an ideal place to start looking for the theme.