Many of the principles outlined in Discovering the Soul of Your Story (and reflected in the Academy articles) are expressed using terminology that is specific to the grok approach and thematic imprinting. This glossary provides brief definitions for all such terms. 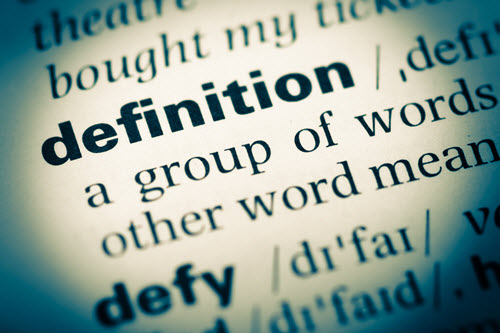 Effort expended to achieve a goal. The presence or absence of attempt determines whether a course of action is driven by intent and is, therefore, suitable for use in a proposition.

Injurious side effect that results from the attempt of an endeavor. If a hero saves the Earth from alien attack but suffers the loss of his family in the process, he is subject to the collateral damage of his attempted endeavor.

Result of an attempted course of action. In a proposition, the consequence is expressed in terms of rewards or harms resulting from success in the attempt.

Beneficial side effect that results from the attempt of an endeavor. If a character trains hard to win a race and loses the race but ends up more physically fit for her efforts, the physical fitness is a consolation of her attempted endeavor.

Group of characters who are most actively involved in the story. The main character is the primary character in the core ensemble.

Matter of doing that serves as the core of an endeavor in a proposition—for example, "acting deferentially to a person of power" or "investigating a crime."

Central element of a proposition. An endeavor expands the course of action to include the why and how of the attempt.

One of two possible outcomes for any endeavor (the other being success). Either outcome may be used by the storyteller to express a thematic declaration for the story.

One of four possible combinations in the outcome/reaction quartet. In a fail/disappointed story, the main character fails in his attempted endeavor, and the audience is disappointed by the outcome.

One of four possible combinations in the outcome/reaction quartet. In a fail/pleased story, the main character fails in his attempted endeavor, and the audience is pleased by the outcome—for example, because the endeavor is portrayed as detrimental to the main character or others in his world.

One of three possible vectors of intent that describes the thrust of efforts for the main character. A gain character attempts to obtain a condition of value that has never before existed.

Measurable objective pursued by the main character. The goal is best expressed as a condition of value to be gained, regained, or kept.

Consideration of a story in terms of its main character and his or her attempt to gain, regain, or keep a condition of value. In broad terms, such consideration consists of recognizing the nature of the intent, identifying the condition of value, and exploring the implications of both on all other aspects of the story, including its theme.

Injurious consequences of failure in an attempted endeavor. For example, the police detective who fails to identify and apprehend a serial killer leaves the killer free to kill again, which constitutes the harm of failure for the endeavor.

Event or circumstance that creates the impetus for the existence of the story. The inciting incident "starts the motor" of the story, usually by imparting to the main character the intent that motivates him and provides the spine of the story. (NOTE: The term "inciting incident" is not original to the principles and practices outlined in Discovering the Soul of Your Story. It is a general term that is included here because of the unique insights that the Soul of Your Story Academy principles provide regarding its nature.)

Purposeful action on the part of a character to achieve a goal and thereby satisfy a fundamental want. The want may provide the impetus for the intent, but it is the intent that drives the story movement.

Topic of concern regarding how to live that lies at the heart of the proposition and, therefore, stands at the core of the story theme. All characters and incidents in a fully integrated story cast light on its issue and thereby serve as arguments for and against its thematic statement.

One of three possible vectors of intent that describes the thrust of efforts for the main character. A keep character attempts to maintain the possession or existence of a condition of value that is under threat of being lost, taken away, or destroyed.

Primary character around whom the story is constructed. The main character: serves as the vehicle through which the audience experiences the story, generates the story by means of her intent, serves as an indicator of progress in the story, and bears the story theme.

Process of combining the principles and practices of the grok approach and thematic imprinting to create entirely new stories based on existing works or on individual starting elements, such as characters or matters suggested by news items and articles.

Ultimate judgment of the attempt of the main character as either success or failure. The outcome works in conjunction with the audience reaction to convey the story theme.

Group of four possibilities for the combination of story outcome and audience reaction for any story—succeed/pleased, succeed/disappointed, fail/pleased, and fail/disappointed. These four combinations may be used to define the manner in which the storyteller conveys the theme of any story.

Definitive thematic statement that the storyteller asserts to be true and explores by means of the story—for example, that it is good for one to embrace change when the need or opportunity to do so arises. The storyteller supports the proposition through the story elements, as well as its ultimate outcome and reaction.

Reasoning that serves as the basis for advice. The rationale typically appeals to the well-being of the advice recipient.

Expected audience response to the outcome of the story, which can be expressed as either of two possibilities—pleased or disappointed. If the outcome matches the hopes of the us-the-audience, given our sympathies and opinions regarding the main character and her intent, we will be pleased. If not, we will be disappointed.

One of three possible vectors of intent that describes the thrust of efforts for the main character. A regain character attempts to reacquire a condition of value that existed at one time but was lost, taken away, or destroyed.

Beneficial consequences of failure in an attempted endeavor. For example, if a staunch conformist whose orthodoxy is threatened fails in his attempt to keep a closed-minded world view and becomes more tolerant of others in the process, the new open-mindedness is his reward of failure.

Beneficial consequences of success in the attempt of any endeavor. For example, if a shipwrecked traveler succeeds in her attempts to return to civilization, the benefits of her relocation to the civilized world constitute her reward of success.

One of four possible combinations in the outcome/reaction quartet. In a succeed/disappointed story, the main character succeeds in his attempted endeavor, and the audience is disappointed by the outcome, usually due to its harm of success.

One of four possible combinations in the outcome/reaction quartet. In a succeed/pleased story, the main character succeeds in his attempted endeavor, and the audience is pleased by the outcome—for example, because she achieves an unselfish goal that benefits others as well as herself.

One of two possible outcomes for any endeavor (the other being failure). Either outcome may be used by the storyteller to express a thematic declaration for the story.

Thematic statement asserted as true by the storyteller. The story itself lays out the case for and against the statement—by means of its characters, events, outcome, and reaction—and puts forth arguments in favor of the statement.

Consistent means of expressing the theme of any story, regardless of its medium, genre, type, or form. Thematic grammar consists of three primary elements—proposition, outcome, and reaction.

Application of the principles of thematic grammar to express the story theme. Thematic imprinting works in conjunction with the grok approach and can be used, via the principles of meta-adaptation, to develop themes in stories adapted from existing works or other sources.

Statement expressed by the story regarding how to live. In the context of the principles outlined in Discovering the Soul of Your Story, the theme speaks to the audience member individually, rather than existing as a writ-large pronouncement.

Item or state of affairs that is considered to be valuable by the main character. The treasure provides the audience with a marker to determine story progress and the means to understand the ultimate goal of the attempted endeavor that provides the driving force for the story.

Desire that serves as the impetus for an intent. A want is not sufficient by itself to create story movement but provides the potential that generates the intent.